The Baptist Health Career site has successfully transitioned to the new platform. Thank you for your continued patience with the integration of our HRIS system. 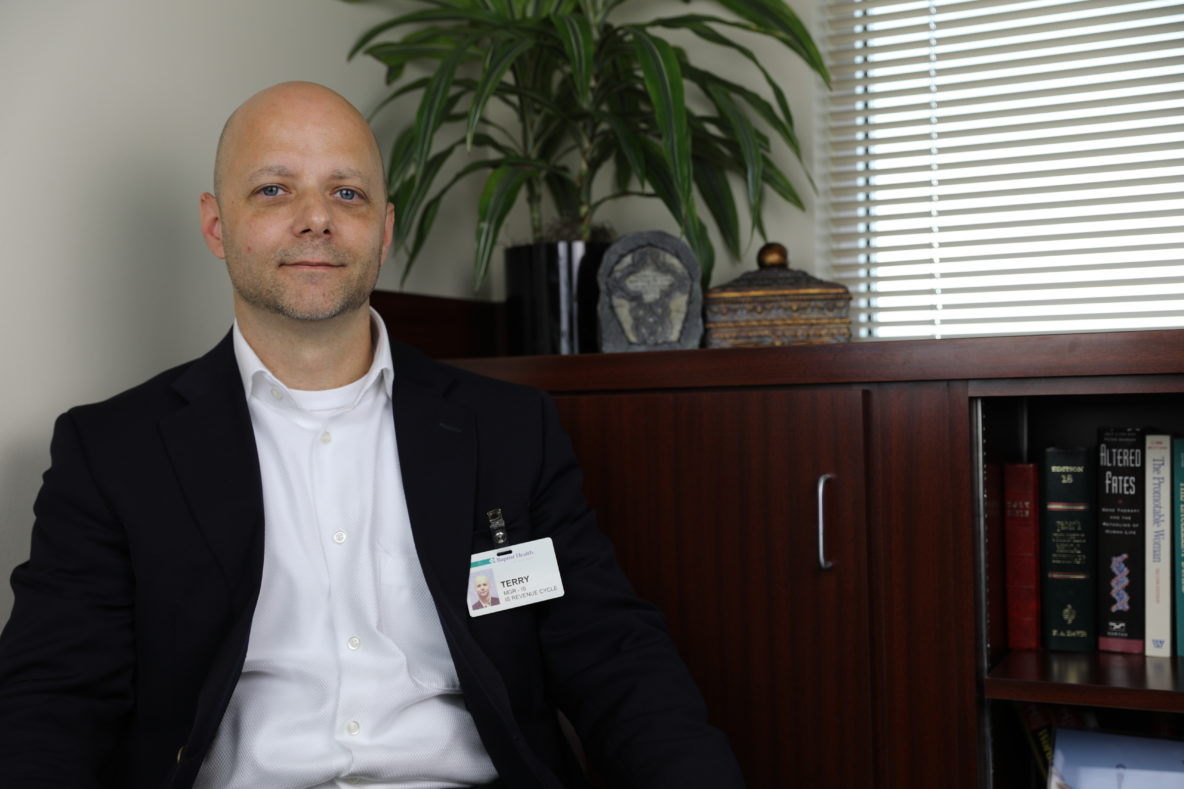 Meet Terry Hayes. He’s been an IS Manager responsible for EPIC reports and business applications for 22 years afer getting his start in college as an intern. After a year, he was given the opportunity for a full-time position in the Information Systems department. Terry chose Baptist Health as his career home based on the values and reputation that we uphold. I had a friend that I worked with here that was also a student intern at the time. He told me good things about Baptist Health and the internship he was going through, so I reached out to them for an internship as well. The rest is history from there. Terry Hayes is now based in the college of Baptist Health where the majority of the EPIC team is located. In terms of the “good things” he’s heard about our organization, it seems that we’re exceeding his expectations. The work environment is very good. It’s a faith-based organization, and my faith is very important to me. The values that Baptist Health has aligned with the values I have in my life—and the mission we have to provide a ministry to patients in the state of Arkansas is important to me. It’s a good organization, and I have enjoyed working here all these years. As one can imagine, a day in the life of a manager is never the same as the last. Terry says he’s learned quite a bit in his time with us. The one thing I’ve learned about management is that it’s about the people you manage. It’s not about the task, it’s about building relationships with your team members and making them feel that they are part of the team--people skills, basically. You’ve got to show people that you care so that people are willing to learn, grow, and adapt to the difficulties that come with healthcare since it’s constantly changing. But if you have a strong team, you’re going to be successful in the good times and bad times. One challenge that the IS Manager faces is keeping up with the ever-changing regulations, but he’s adapted to change well in his career. The difference in management for me now stems from the changing regulations that come with the healthcare industry from year-to-year. Other than that, management is the same, because it’s all about building relationships with people and helping them grow into their careers. And if you’re interested in working at Baptist Health, Terry says it’s important that you are open to change and learning new skillsets. Are you up for the challenge? Check out our careers site and join the team today!

Not ready to apply?
Join our Talent Community.

Today, Baptist Health is Arkansas’ most comprehensive healthcare organization with more than 250 points of access that include 11 hospitals, urgent care centers, a senior living community, and over 100 primary and specialty care clinics in Arkansas and eastern Oklahoma.
‍
© 2021 Baptist Health. All Rights Reserved.